“The (New) Trial” is an adaptation of German playwright Peter Weiss’ “The New Trial” (1982) that uses Weiss’ words as a jumping off point but re-envisions them through the creative lens of adapter and director Dennis Yueh-Yeh Li, who is also Artistic Associate of The Living Theatre. Weiss, a politically engaged dramatist, earned his reputation in the post-war German literary world as a proponent of an avant-garde, meticulously descriptive writing, and as an exponent of autobiographical prose. He is best known for his plays “Marat/Sade” and “The Investigation.” Weiss’ “The New Trial” was largely influenced by Kafka’s “The Trial,” which deals with similar questions of how to maintain individuality within the machinery of corporations. 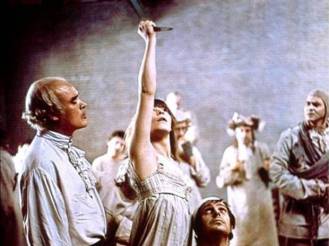 “The (New) Trial” is intellectual and introspective, centering around K, the “self indulgent” chief attorney in an international corporation. The play explores K’s obsessive idealism and his self-destructive methodology in helping others. Confined in his own docile body, K is manipulated as the public mask for the corporation to win the “war” over current global market expansion and is abandoned by the corporation once the victory is obtained.

Weiss’ play humanizes political ideas, and while Li says this doesn’t immediately lend itself to theater, his radical adaptation creates an experimental realm in which actors can test ideas and bring Weiss’ words into today’s society. Li says Weiss’ play is not about criticizing society but representing it, and that it confronts the very topics that made him want to go into theater. Li seeks to explore the power dynamics and questions of identity inherent in Weiss’ words by overturning our expectations of the way physicality, dialogue, and music can come together to tell a story. Li says that what he liked so much about Weiss’ play is that “it leaves so much room for interpretation” and its surrealist realm enables him to inject his own ideas into it without feeling restrained. Since Weiss’ work doesn’t follow a horizontal plot, Li rearranged parts of it so that certain themes were heightened, for instance emphasizing its feminist undertones.

Dennis Yueh-Yeh Li is from Taiwan, and dressing up in drag when he was seven drew him to the world of theater and the way it allows us to play with identity and even transform into someone new. He himself is gay and views theater as a tool to explore and create dialogue about issues of identity, sexuality, politics and human nature. He says that political theater appealed to him early on because it allows us to make fun of human nature so as to understand ourselves better. He earned his Master’s degree in Performance Studies at Tisch School of the Arts, New York University, and is currently the Artistic Associate of the Living Theatre and an ensemble member of The Forum Project. He says that The Living Theatre has had a huge influence on him as an actor and director in that it is “anarchical” and always pushing the boundaries between the audience and the stage.

As I talk with Li, I get to look at the world through his eyes and am inspired by his creativity and the unconventional techniques he employs to challenge how we understand theater. For instance, in “The (New) Trial” the stage floor is a giant mirror that forces actors to constantly confront their own identities and reflect on them. Li says that the idea of “collage” is central to the piece and that it is constantly building on itself, with even the audience contributing to this structure. The stage is set up in such a way that the audience’s seats circle the stage, forcing them to become immersed in this world as the actors talk directly to them and feed off their energy. The play also uses the audience to experiment with creating layers of identity and to test the idea that people manipulate the power dynamic based on who’s watching. The play also explores identity by allowing for fluidity of roles, with all the actors playing multiple parts and swapping roles. Li came up with the idea of having each actor create a monologue to include in the show that comments on the play and enables each performer to incorporate a part of his or her own identity into the piece.

The play is fueled by a cast made up of actors from Spain, Germany, Singapore, the United States, and Israel. This further adds to the play’s exploration of identity, and Li says he wants to show people just how much these diverse voices can contribute to the theater industry. He plans to have the actors at times speak in their own languages, explaining that people best express themselves in their mother tongue and that it gives their words an authenticity and depth of emotion. He says that “it is not about understanding the words but about transmitting emotions,” and in this way “The (New) Trial” subverts our expectations of language by questioning how necessary words are in communicating ideas. Li also explores movement as a mode of communication, and biomechanical-inspired physical work evokes the idea of the corporation as a machine that is engulfing the individuals of society. Li says this component was influenced by Asian theater, where physicality is often more important than the verbal text. 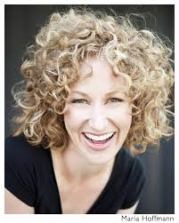 I also spoke with German actress Maria Hoffmann, who plays the American Ambassador, about what it is like to act in “The (New) Trial.” She earned a Master’s degree in International Relations and started acting later on to fuel her creative side, and so she says that being a part of this play is an extremely fulfilling experience because it allows her to unite her interests in International Relations and politics with theater. Hoffmann gave valuable insight into Li’s creative process as director and says she appreciates the way he lets each actor be themselves and experiment with delivery of lines and movement. She enjoys getting to use her native language of German, and says that playing multiple parts pushes her as an actress to think about her own process and the way she goes about incorporating her own identity into the characters she plays.

The rehearsal process for the show is flexible and experimental, with Li giving the actors complete freedom and always open to adjusting the roles and staging. Li says that he holds off giving too much feedback right away on blocking or lines and instead empowers the actors to come up with ideas and think about the meaning behind the words. He wants the actors to perform themselves onstage and “just be you without trying to impersonate someone else.” This approach enables a deep connection with the script and makes each actor that much more invested in the final product. Hoffmann says that there is no competition amongst the actors and that they work as an ensemble, bringing together their diverse backgrounds to create something powerful. Li says that this dynamic between the actors is what drives many of his choices as director because relationships and the way we see ourselves in the presence of others are key questions that the play seeks to examine.

I am surprised to learn from Li that Weiss did not receive a lot of recognition as a playwright because of his strong political leanings, and so this project is also a way of perpetuating Weiss’ ideas and making them relevant to the issues we face today. For Weiss’ upcoming 100th birthday, Li is planning to bring “The (New) Trial” to Germany to honor Weiss’ legacy and further celebrate the diverse voices that make up the cast.

Li is passionate and energetic, and his approach to directing is extremely refreshing. His adaptation of Weiss’ work seeks to redefine the way we understand and interact with theater so as to make the experience of the play meaningful for both audience and actors. Li says an important part of theater is believing in yourself and your own approach. He says that we shouldn’t be afraid to stray from the ‘rules’ of theater and we need to let go of preconceptions that a man should have to play a man or that only one actor can play a particular role. We need people like Li to make theater an active and reflective experience that challenges our expectations of what art should be. 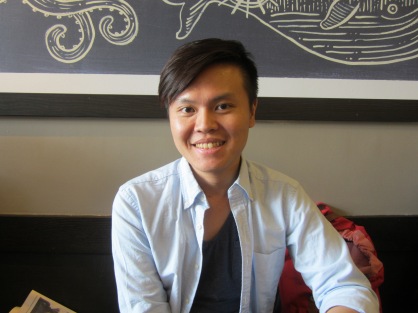 Theater for the New City’s Dream Up Festival will present the world premiere of “The (New) Trial” September 1 to September 6 at the Johnson Theater.